SHOREline is a youth empowerment program that seeks to provide an opportunity to make fundamental changes in the lives of youth, their families, their communities, and beyond.

Informed by stories and data collected from the Gulf Coast Population Impact Project, the SHOREline Project was created with the support of the Baton Rouge Area Foundation to give youth a voice—and a platform—for encouraging their own recovery and the recovery of those around them. 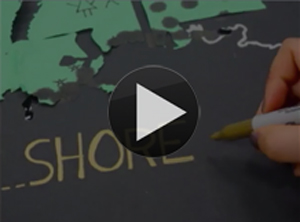 During the 2013-2014 school year, the five pioneering SHOREline chapters in the Gulf Coast, (Alma Bryant High School in South Mobile, Alabama, Gulfport High School in Mississippi, Grand Isle School, South Lafourche and Benjamin Franklin High School in Louisiana) spent their year building tools to help youth and communities recover from a disaster. Students worked on projects that developed their organizational, communication, and leadership skills. They had opportunities to engage with local and national leaders and innovators as well as travel to two Gulf Coast college campuses for Youth Summits.

During the 2014-2015 school year, the chapters continuing through the second year of the SHOREline program are joined by two additional schools, the Urban Assembly School of Emergency Management in New York City, New York and Thibodaux High School in Thibodaux, Louisiana. 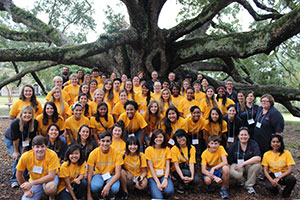 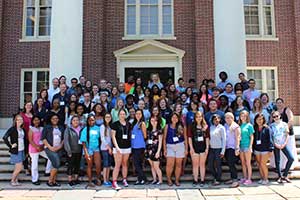