In many ways my trip last month to Flint, Mich. — now the symbolic epicenter of how bad decisions, bad politics and ill-advised money-saving measures can seriously and permanently harm children — was more depressing than the first time I visited that struggling city in 2016.

You’ll recall that in 2014, the state of Michigan, led by Gov. Rick Snyder (R), replaced Flint’s clean, safe water from Detroit’s system with improperly treated water from the Flint River. Lead leached from pipes into the water supply. The state’s irresponsible — in fact, criminally negligent — decision precipitated one of the worst public health crises in recent U.S. history.

The highest lead level recorded in Flint was 13,000 parts per billion (ppb) in 2015. This was more than 866 times the federal guideline of 15 ppb – the upper allowable level, above which immediate remediation is required.

To date, 15 Michigan officials have been indicted over the scandal. But that won’t help the estimated up to 12,000 children exposed to excessive lead, most of them from Flint’s poorest families.

Now, the heartbreaking data is starting to come in. It was recently reported that between 2013 and 2017, the portion of Flint’s third-graders who tested as proficient in reading at grade level fell from 41.8 percent to 10.7 percent.

Still, there has been some progress. Water lead levels have improved considerably, especially where pipes from main lines to some 6,200 homes have been replaced. Sadly, that still leaves more than 12,000 homes where, after nearly four years of stalling and fighting for dollars, the pipes still need replacing.

Sens. Debbie Stabenow and Gary Peters, as well as Rep. Daniel Kildee, all Michigan Democrats, fought hard to secure more than $100 million in federal assistance two years ago to replace the contaminated pipes — with the understanding that the state of Michigan would match $20 million and fast-track the critical work. Flint Mayor Karen Weaver told me that not all the state money has arrived but has been “coming in dribs and drabs” — $500,000 here, a million there. Maybe that explains why more than half the homes needing lead-free pipes are still waiting and officials are still not ready to declare that Flint’s water is safe for kids throughout the city.

I met a visibly despairing mother last month struggling to make it on food stamps and minimum-wage odd jobs. Her 8-year-old daughter has psychological and behavioral problems that could well be related to exposure to lead-contaminated water. “Most of the time my water is foggy and smelly,” she told me. “And nobody came yet to fix my pipes. I don’t know where to turn anymore.” She added, “I don’t trust anyone.”

She showed me a recent bill from Flint’s water authority. She was in arrears for more than $800 — an astronomical amount for this struggling family. That is largely because the city, shockingly, charged some of the highest rates in the country for tap water during the worst years of lead pollution. To make matters worse, several months ago the state cut back on the sites where residents could get the free bottled water that has been supplied since the crisis began, and there is a palpable fear that bottled water program could be discontinued any day.

Still, the biggest worry is what this disaster means for the future of Flint’s most vulnerable children. While some kids will benefit from post-exposure interventions to help manage the brain damage caused by prolonged lead exposure, it is virtually impossible to definitively reverse those toxic effects.

The first priority now is immediate enforcement of the mandate to get all corroded pipes replaced from the main lines into the homes, including kitchen and bathroom fixtures and water heaters. State and city officials must collaborate, with more federal assistance if needed, to accelerate the full repair of the water system and get it done in the shortest possible time.

Second, the state subsidies to help poor families pay for water — not granted until 2016 and unfortunately revoked in 2017 — must be immediately reinstated. Third, how about some of the United States’ great charitable organizations committing to providing bottled water to any family that feels insecure with the safety of their public water system?

This prolonged and human-caused crisis and pathetically slow attempts to make things right is an unmitigated tragedy for Flint’s children — and for our collective future, because the United States will need all its citizens functioning at their highest potential to meet the challenges sure to arrive in the decades to come. 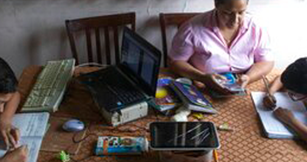 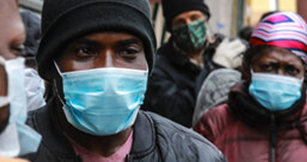 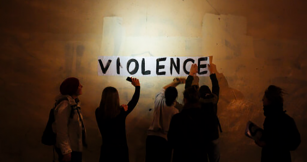