This piece was originally published on January 28, 2019 in The Hill.

Looking back, 2018 was another remarkable year of billion-dollar disasters. In the last 20 years, climate-related disasters have cost the world $2.25 trillion, a 250 percent increase from the $895 billion spent between 1978 and 1997, and that trend is only looking to increase in the next 20 years. But with such astronomical costs of disasters, we need to ask, who pays for it all? Below are four of the ways that we finance disaster response/recovery and what it means for our overall resilience.

When a disaster strikes domestically the federal government is here to help. The primary mechanism is usually the Robert T. Stafford Act, which can be approved for public agency, some private and not-for-profit organizations, and individual assistance. There are definitional limits to eligibility, as well as limits to the amounts that can be provided. There are also other programs for agricultural disasters, and there has been an increasing call to have a funded program for health and medical emergencies.

Congress often provides supplemental disaster spending bills to meet needs that are not met by these programs, and/or if the amount required exceeds the resources available in these programs. These emergency spending bills have been increasingly utilized in recent years, adding pressure to mounting federal deficits.

Another key program is the National Flood Insurance Program (NFIP), which bridges the public and private sectors to subsidize flood insurance administered through private carriers. However, this program is chronically insolvent, with calls for reform and FEMA resorting to tapping reinsurance markets to help keep the program viable in its current form.

Private markets have been a player in disaster financing in both reactionary and strategic ways. Insurance has always been a resource for businesses and households. Insurance for damage, business interruption and other consequences have been underwritten with new policies being developed for dynamic threats like pandemics. The use of reinsurance markets helps redistribute financial risk, lowering the costs in some circumstances.

Catastrophe bonds are another variation used to transfer financial risk from insurers to investors. If a disaster does not occur, the original investment plus a premium is returned to the bondholder. Investors like catastrophe bonds because they are not correlated with the economy. Their popularity was stoked after the 2008 financial crisis, when they were some of the best performing investments during the economic downturn. However, investors have recently taken a hit with the increasing number of high-cost disasters.

These financial instruments are important for bringing additional resources and partners into the disaster response and recovery. And if the financing is closely related to the physical risk (e.g. insurance premiums, lending for community development), then incentives and disincentives in these programs can influence development behaviors to be more disaster resilient.

Complex financial instruments (e.g. reinsurance, catastrophe bonds) can become more about taking bets than altering unsustainable behavior if too abstracted from the physical risk. The private sector is also only able to provide financing where there is a viable market. Government and charities remain essential where market incentives do not exist or where building resilience is not baked into investment vehicles.

In some cases, these are mega-charities whose primary business model is cultivating donors and meeting needs. In other cases, they are community-based organizations, extending their mission as the needs of their community change after a disaster, and are often closest to those most in need who are invisible to others.

Not-for-profit organizations play a vital role in addressing unmet needs after disasters — but they should not be expected to supplant the role of government agencies established to serve the public through tax dollars, or the responsibility of private sector organizations that profit from communities.

When costs cannot be covered by any other means, they are absorbed into the economy. In 2017, there were 16 events that each cost more than $1 billion. After disasters there is often a measurable drop in national Gross Domestic Product (GDP), but it usually rebounds with an influx of activity to repair damage and rebuild, financed by the above mechanisms. But these national level statistics can often dilute the suffering of the survivors, and the bounce-back of the GDP may not be sustainable under the increasing strain to government, private sector and charitable organizations supporting disaster relief.

Disasters often raise gas and food prices, and can also slow economic growth for decades due to the widespread infrastructure loss. At the community level, this translates into businesses not re-opening, homes not being re-built and people being left behind as the world moves on.

Like any healthy financial portfolio, disaster financing should be diverse. There is no single mechanism that should be overly relied upon at the expense of others. And an abundance of resources in one sector does not obviate the need from the others because every form of financing disaster has sweet spots and blind spots. Cultivating a multitude of financers is necessary to meet the quantity as well as the diversity of need. Of course, the only way to reduce the level of resources needed is to increase investments in preparedness and resilience building before disasters strike, saving everyone down the line. 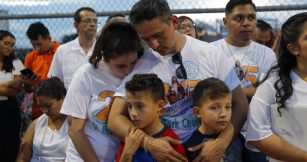 America is reckoning with two new mass shootings, one in Dayton, Ohio and the… 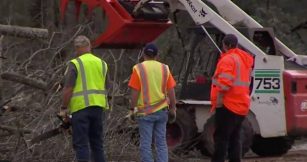 This piece was originally published on May 23, 2019 in The Hill.  The extreme… 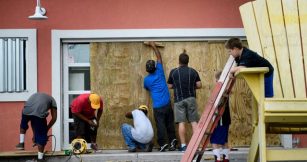 This piece was originally published on October 11, 2018 in The Hill As Hurricane…