For a summary of the conference: Download the Proceedings

This tool was developed for emergency preparedness planners by Michael Meit, MA, MPH, Co-Director, NORC Walsh Center for Rural Health Analysis & Deputy Director, VA Office of Rural Health Policy and Planning Group. This event-specific, urban to rural evacuation tool, is presented below. There are two versions: (1) the New York City Metropolitan region, developed for this conference, and (2) a national version for all emergency planners. Explore detailed instruction instructions on how to use the tool.

This report, prepared by the National Center for Disaster Preparedness staff, served as a background paper for the NCDP conference ‘DAY THREE: Regional Resiliency and Health Challenges in the Aftermath of Nuclear Terrorism’ held on February 23, 2010 at Columbia University. The purpose of this conference was to address the regional and public health response to an urban nuclear terrorism event from the perspective of the surrounding region within the context of 72 hours (Day 3) following an Improvised Nuclear Device (IND) detonation in an American city and meeting the urgent health and public health needs of the large number of evacuees who will seek shelter and medical care in the surrounding communities.

The face of nuclear terror has changed since the Cold War, but disaster-medicine expert Irwin Redlener reminds us the threat is still real. He looks at some of history’s farcical countermeasures and offers practical advice on how to survive an attack. 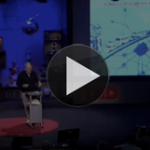 Back to Conferences & Events

Dr. Redlener talks with MSNBC about the conditions of children refugees in Poland. Watch now.